The inpres RMX UD+2 Iron has won "Club of the Year 2016" in the Irons category of GOLF DIGEST AWARD 2016. This club leads the way an iron that prioritizes distance, and has won acclaim for its outstanding flight distance, and for the beauty and ease-of-positioning of the head. A long-selling iron, the RMX UD+2 has maintained its position as a top-selling club since its release in Japan in June 2014. 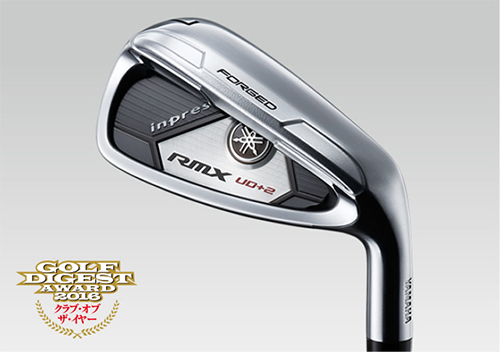